FROM THE GOETHEANUM – Justus Wittich

24 Oct FROM THE GOETHEANUM – Justus Wittich 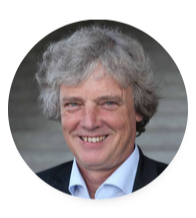 Dear Members,
“History has been written, the future has not”, is how Alexandria Ocasio-Cortez, presently the youngest Democratic representative in the US Congress, argues for a transformation of society. The Friday for Future student movement expresses the same sentiments in more concise and radical terms: “Unf**k My Future!”
We read much about the increasingly polarized world, the consequences of a rampant materialism on civilization, but at the same time also about the awakening of young people to the effects this has on nature, about taking responsibility individually for the future and the birth of a new solidarity across continents.
Positive antidote
What kind of positive antidote is there? “Let your life be a counter-friction to stop the machine”, Henry David Thoreau wrote in 1849 in his essay on Civil Disobedience, a statement that still applies today when it comes to corporations, conformity and the societal attitude of “continuing as before”. The history of the Anthroposophical Society has been “written”, one could say, since Rudolf Steiner’s death in 1925. It is what we are building on – against all odds. But the future is open and depends on our present actions both as individuals and as a society that is forming itself in freedom. Across the world, people are working daily on creating such a “counter- friction”, out of their inner connection with anthroposophy and within their particular social context. To say it with Wilhelm-Ernst Barkhoff, founder of the gls Bank, “We can only overcome our fear of a future we dread with images of a future we want.”
What kind of attitude is it that lets people become active, inspired by anthroposophy and against all odds? Is it a quality of the “Michaelic attitude” that works in harmony with the spirit of our time? How can we as the Anthroposophical Society create a fruitful source of strength for the many active supporters of these impulses?
Warm greetings,
Justus Wittich, Goetheanum