From the World Society – On Climbing the Mountain

21 Mar From the World Society – On Climbing the Mountain 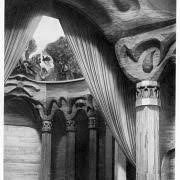 In the years following World War II the disintegration of complex multi-ethnic, multi-religious societies spread as a fracturing impulse across most of the globe. The artificial cohesion imposed by European colonial powers across Asia and Africa unravelled. In the midst of this collapse, the only model provided was the appearance of ever smaller nation-states formed on specific ethnic or religious groupings that had been imposed on Europe after the first World War. The significant step of imagining that we can live in complex societies, while still acknowledging and supporting our distinctions, was all but lost.

This was the year I was born, and often gives me pause to consider this world condition I chose to incarnate into. Not alone, a large number of my fellow anthroposophists chose a similar doorway into life.

A generation later, others chose to incarnate into another significant cultural upheaval, the time of a fundamental struggle to truly recognize each individual as an equal – what became the age of ‘civil rights’. Here too arose the voice of an extraordinary individual, Dr. Martin Luther King Jr. He also had a vision. He could see that beyond all the forms and structures that exist out of the past, something else was possible. History would like to limit his voice to the people out of which he came. yet his vision was for all humanity. His voice, like that of Gandhi, called for his fellow human beings to connect themselves with a consciousness of a future humanity. His view, his great longing, was also profoundly threatening and he as well was assassinated in April 1968.

These are only two of a group of remarkable individuals who, coming out of disintegration and chaos, had a perception of the archetypal human being.

Last autumn the AGM of the Anthroposophical Society in the US was held in Decatur, Georgia. Decatur is a handsome town with tree-lined streets and columned buildings. Its pleasant central square is surrounded by trendy restaurants overlooked by the porticoed County Courthouse, one of the major centres of the US Confederacy. As I walked the few blocks between my accommodation and the conference venue, I was often struck by the lack of a presence of visible minorities. By contrast, the conference gathering had a handful of minorities represented, both African and Native American.

On the Sunday morning of the conference a trip was planned for those who were interested in visiting the Dr. Martin Luther King Jr. Memorial. In order not to impinge on the conference schedule, those of us who wanted to participate left soon after dawn. The memorial is in a less advantaged area of the city, clearly an African-American community. The memorial is simple, a long reflecting pool with Dr. King and his wife’s sarcophagus in the middle. On the flanking walls at its entry are quotations from him that speak to a humanity that could be.

Across the street is the Dexter Avenue Baptist Church where Dr. King was the pastor. Between the church and the memorial is a wide, quite beautiful park. Directly across from the memorial’s entrance, at the edge of this park, stands a striking bronze sculpture. The sculpture’s beauty belied the unease I experienced standing before it. I felt myself confronted by a question – what am I actually seeing?

On its surface the depiction is straightforward, a striking African-American male nude, larger than life size. His right arm is raised – extended as far as he can reach – and in his upturned palm he lifts up an infant facing the sky. It is as if he is raising this newborn child as far from the earth as he can, as far into the light as possible.

As I stood, pondering, the first arrivals for the morning service began to pass by me. I became aware that slightly behind me was someone who had stopped, observing me. I turned and there stood a very slight, elderly woman in her Sunday finery. She looked at me then turned to the sculpture saying, “You know his ancestors were kept at stud”. She nodded, confirming what she had said, and walked on.

At first, I could not make sense of what she had said, not sure whether her soft southern accent had confused me. As I ran her words over again, the full weight of what she was saying overwhelmed me. A term used for prized breeding stock, stallions and bulls, applied to a man. I felt overcome by an oppressive heaviness. I was confronted by all it would take for the intellect to create the necessary constructs to make this right. I now had the beginning of a sense for what I was standing before.

Later that day, in the midst of the conference, an opportunity was created that had not been previously scheduled. A space was made for a reading of Dr. King’s final address, given the day before his assassination. As I sat listening, the full power of his words struck me with an intensity I had not previously experienced. Hearing him describe the climbing of the mountain and seeing what was beyond, had an extraordinary effect. He was speaking of the immense struggle it takes to climb out of the known, to overcome all of our preconceptions, our inherited points of view; to come to the place where we can see what could be, what in his language he called the ‘promised land’.

I am left with two experiences that battle within me. On the one hand there is a deep sense of gratitude for the clarity of our human situation, our human possibility, that Rudolf Steiner brings. At the same time there is sadness for the distance – the chasm – between what we have been given and the seeming inaccessibility of this lucidity for so many of our fellow human beings.

The following week the Council of Country Societies, the General Secretaries and Country Representatives, gathered for our autumn meeting at the Goetheanum. One of the very significant questions brought to us by Joan Sleigh was how we cultivate the imagination of the Executive Council as it develops. The context for this is her own re-evaluation and re-appointment to come this spring. She spoke of her work in Africa, in Botswana and Kenya, asking whether we can more broadly imagine the significant processes that the Executive Council carries within a worldwide context. As I looked about the circle, I could not help but be struck by the backgrounds out of which we all come, almost exclusively of Judeo-Christian European heritage. The two members coming from further afield; Joan from South Africa, and Constanza from Brazil, both come out of this same soil. I had to ask whether, as we consider, not only the Executive Council but also those carrying responsibilities for their various country societies, we might more consciously seek those who come out of other ethnic, religious and cultural milieu. What would it be like if we had a native Batswana or an Egyptian Muslim  present for Africa? What of the complex cultures of South Asia? What of China? What are the steps we need to take to welcome in those who do not yet feel at home?

Reflecting on all of this, and turning to our own home, we cannot do other than to recognize that we are in a critical time. Having taken the courageous steps of going through a Truth and Reconciliation process, we are now faced with the consciousness that that process brings. None of us, irrespective of our relationship to the momentous tasks before us, have ways of perceiving or thought processes that can guide us from out of the past. We are all collectively trying to climb the mountain out of the valley of what has been.

As students of anthroposophy we have the possibility of clarity for what can be, what the great potential of humanity is. The chasm between our current reality and this mighty vision seems overwhelming. How do we bridge this gap? What is it that we are called upon to do to enable movement from where we are to the potential that we can all sense is pressing in upon us from out of the future?

As those living with the vision of the power of the future, we carry a critical task. Do we have clarity of vision for how we move into the future, or are we so laden with the weight of the concepts and views of reality that must be transformed?