From the World Society: On Seeking Wholeness

13 Feb From the World Society: On Seeking Wholeness

Touch the earth. What do you feel?

Press your ear to the winter-slumbering tree. What do you hear? 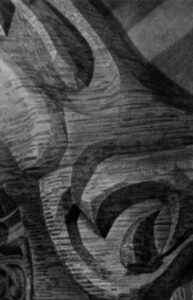 All about us nature seems entombed. Beneath her white mantle the earth herself is turned to stone. Trees present their skeletal forms. Frost encases the hope of dormant buds. Within the lake’s mud the seemingly lifeless frog is buried, the imperceptibly breathing bear lies prone in its den. At this point of winter’s deepest hold, life appears to have abandoned the earth.

Yet when we attend to this seeming absence, we can sense within this mid-winter dying the permeating presence of life’s promise. Penetrating into all that appears dead, the One prepares rebirth. Without discrimination the Bearer-of-Life is one with the earth’s whole mantle, slowly awakening life where its possibility rests. Warmth, invisibly presses into the tender roots of trees, engendering sap’s rising. The still bulb stirs, sending out its first tender shoot. The bear wakes. Life flows into the frog’s inert body. Wherever nature would open herself to new becoming, this Presence quickens life out of apparently dead substance, fulfilling promise.

All of nature calls us to perceive the wonder of this Awakening, permeating all substance, filling the world with an invisible light. We are accustomed to the soul joy of spring’s return. The scents of the earth’s first stirrings, the first bird’s call on its frozen branch, the first silver tone of snow’s melting, all touch the deep places in our own being. We too are silently warmed by the One who forever quickens life. We all too often lose sight of the relationship between these two, the life-bringer and the receivers of life.

The omnipresent Being of life permeates all, the magnitude of his presence so great that he becomes invisible to us. Yet we are deeply moved by each one that is ripe for this quickening into life. Each awakening, each opening to life moves us. It is the appearance of the blossom, the unfurling leaf, the bird’s song, the earth’s spring perfume that stirs us – awakens our own soul’s response. Yet, none of this could be without the ever present working of the Bringer of Life, Substance’s Light. The passing of his  hand moves us deeply, yet we do not perceive him. Nature’s song stirs us, yet we do not hear his voice.

This tension between what could be and what is, between the infinitude of the possible and the finiteness of what becomes manifest, confronts us with every new beginning, every birth. The immensity of the spirit’s possibility and its binding into substance fills us both with joy and sadness. To be human is to seek to be a bridge between these two. This is an ever-present challenge. It requires that we become increasingly familiar with the spiritual reality seeking its place among us, while cultivating an increasing awareness of what inhibits its ability to manifest itself. Spiritual impulses, the will of spiritual beings to manifest themselves, and the resistance that is created to these spiritual impulses, permeate our earthly lives.

With awe we are present before the birth of a child. Wonder fills us in the presence of all that this newly arriving individuality might become, might realize. There rises within us a longing to protect and nurture this possibility. We recognize that the very process of living will begin to limit what might be, and we do all that we can to hold off those limitations, to shield the miracle that this new child is from too rapid a descent into existence.

All that Rudolf Steiner was bringing into the world, the birthing of the being Anthroposophia, faced such a fundamental tension in 1922. For many years he had carefully tended the approach, the pending appearance of this great presence, this Being longing to find a home among human beings. As with the preparation for all processes of gestation, this preparation was one that needed protection. It was all those who intuitively grasped the significance of what was coming into being, who provided this protective sheath. While all of Europe descended into the incomprehensible chaos of an unimaginable war, that was then followed by the devastation of a worldwide pandemic, it was this community of those who had a sense for this approaching presence who became the body into which this impulse, this Being, could begin to manifest herself. Anthroposophia was born into humanity through them.

With time, this coming into being elaborated itself. It was able to show itself and begin to develop its own language with the Mystery Dramas and all of the artistic impulses related to them. In the decades before 1922 this process of becoming more and more present made a great leap forward with the realization of the ‘sign of its presence’ in the creation of the Goetheanum that had been completed near the end of the previous year. This great enigmatic presence on its hill was to rest quietly, waiting for its date of consecration that would never come. With this appearance, anthroposophy was no longer an impulse protected by those intimately related to it. It now stood in the world and was soon confronted by the storms of non-understanding, incomprehension that even extended to hatred that would lead to its immolation at the end of 1922.

But this manifestation in the world was not limited to the great wooden vessel prepared for her. The power of this approaching entity worked into, and continues to work into, human culture. Individuals fired by the sense of this Being longed to become vehicles, facilitators, for her to find fruitful possibilities for unfurling herself within humanity. Initiatives arose and continue to do so. Those inspired by the power and majesty of a presence they could sense was near, both supported and hindered her ability to reveal herself.

With great dedication, with almost unimaginable sacrifice, these inspired individuals dedicated their lives to making it possible for Anthroposophia to incarnate herself. This past century has been blessed by this unwavering service to her. The extraordinary proliferation of initiatives around the world is its testament. Yet, as we come to the conclusion of this first century of dedication and commitment, we cannot avoid the phenomenon that what has been the intention to be whole has become differentiated.

If we try to form an imagination of the Being, of Anthroposophia coming into the world over this past century, what appears is a picture of multiplicity. Initiatives have taken on the individualizing characteristics of their initiators. As we go into a new century we are faced with a highly elaborated appearance of this remarkable Spiritual Being. In its elaboration, weaknesses of connection have evolved. A lack of clarity about relationships between its many and varied manifestations has arisen.

What is the relationship between our various country Societies and the General Anthroposophical Society, between the School of Spiritual Science and the Society, between Sections and initiatives? Are these seeming gaps in relationship points of potential growth, of maturation that we are now being asked to understand and cultivate? These considerations are the nature, the character of what the Leadership has been actively cultivating in preparation for stepping into a new century.

In the face of the immense challenges that Rudolf Steiner and Anthroposophy confronted in this year a century ago, he took what had been inwardly cultivated into the world, into the public realm. Having dedicated his life to making possible the integration of great spiritual impulses into humanity, he now was clear that the time had come for Anthroposophia to find her relationship to all humanity. He made himself her voice, that she could speak to all those who would hear her. This radical step into a very active public presence brought anthroposophy to greater and greater numbers of people. It also brought with it a great vulnerability, the inevitable effect of incarnation.

As we stand before this threshold into a new beginning, what is the imagination we can cultivate of the overarching unity of the will of Anthroposophia to manifest herself among us? Has this century been one of Anthroposophia’s learning how to be in the world, helped by all those who love her? Have we lost sight of her in the abundance of what has become ‘anthroposophical initiatives’, centres of ‘anthroposophical activity’? Are we now being asked to see her beyond our dedication to her?

What does she seek to reveal of her wholeness to us, and are we prepared to allow her to reveal herself in greater fullness so that we can help her realize herself among us in the century that is before us?