From the World Society – On the Collegium in North America 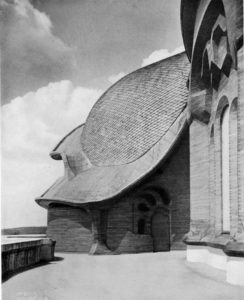 Over a beautiful late spring week Joan Sleigh joined the Collegium of the School for Spiritual Science in North America as the new liaison between this work in North America and the Executive Council at the Goetheanum. For more than two decades Dr. Virginia Sease had carried this important task, linking the worldwide General Anthroposophical Society with the work of the Collegium in North America. With Virginia Sease’s retirement, after many decades of dedicated service to Anthroposophy, Joan took up this task as part of her far reaching responsibilities in connection with the English speaking membership worldwide.

This ‘all permeating’ activity is described as the activity of the General Anthroposophical Section, what we have come to describe as ‘that which is common to all’. The Executive Council has worked extensively on understanding what this common life stream of all anthroposophical endeavours is. Out of their ongoing work they have come to see that there are specific fields of knowledge that support anthroposophical initiative wherever it takes place. This includes the cultivation of a transformed understanding of the Christ Being and Impulse as well as the centrality of  reincarnation in human evolution along with its relationship to the destiny and karma of human beings. Cultivating these unifying threads has its full realization when we can link these fields of concern with what is living within our contemporary civilization. Central to all of these, what makes them possible, is contemplative inquiry or spiritual research. It is the spiritual scientific inquiry into these fundamental areas of anthroposophical understanding that becomes the sustaining life blood of all of our practical endeavours, our institutions, and our Anthroposophical Societies.

Over the past year the Goetheanum Leadership has focused these all-permeating fields of deep inquiry so that they can contribute to the significant issues we share as human beings. Last December the Executive Council proposed that these fields of inquiry be carried in three directions. Into the world, where our institutions are thriving, the threefold image of the human being can fundamentally transform human relationships. Within the complex life of our anthroposophical groups and activities, waking to the interrelationship between self-knowledge and world-knowledge becomes an active working with destiny and karma. The carrying of these impulses is deepened through the cultivation of a meditative life, the task of the esoteric work within the School for Spiritual Science.

The Collegium is not just to hold these areas of concern, but to recognize and support this work wherever it takes place. It was with this intention that our May Collegium meeting was held in Harlemville, New York – three hours north of New York City. Here our meetings were opened to an active collaboration with members who have carried various aspects of these questions, sharing their impulses, and building on the indications provided by the Executive Council.

This was an immensely fruitful event, and a significant step in the Collegium more actively working with members across the continent. In the coming years the intention of the Collegium is to expand this cultivation of what is ‘common to all’ with other groups of active members. 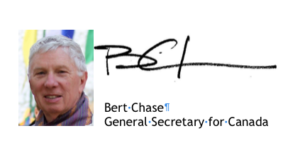