From the World Society Our Community of Members

23 Oct From the World Society Our Community of Members 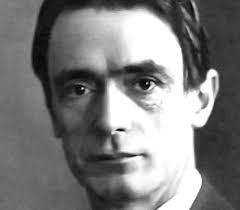 One hundred years ago Europe, and those distant peoples living under its colonial structures, had come out of one of the most violent and destructive periods ever witnessed by humanity, this period of the First World War. Powerful fracturing forces had been unleashed on human societies from the distant reaches of the Ottoman Empire to those of the British Empire stretching around the globe. The devastating impact upon the soul life of millions of individuals is impossible to comprehend.

These alienating forces continued on, even after the outer conflict had come to an apparent end.  Millions more died, suffering from the devastation of the flu pandemic. It too reached into every corner of human society.

Enveloped in this chaos, this darkness, a community of striving individuals worked to continuously bring transformative influences into this darkness.  Accompanied by the cacophony of the war’s machinery, sounds never heard before, they worked with chisel and mallet, brush and paint – to create.  Within an environment of horror, their focus was to transform and illumine their efforts with spiritual intentions. This was their outer work. Equally significant were their efforts to realize the transformation and illumination of human relationships out of these same spiritual intentions.

Through these 100 years the seeds they planted have sent down their roots. They have flourished and flowered. They have borne fruit. Their efforts, their deep intentions to bring about a re-creation of our world, continue in farms and in schools, in the arts and in the sciences. This is the unfolding of their intentions for the world. But their intentions for a similar transformation of human relationships have also rayed out from this mountainside, at the confluence of France, Germany and Switzerland, taking form in more than 100 countries around the world.

A deep longing of the soul, a profound vision for mankind’s evolution, is the quiet inner impulse that has guided them and guides us.

After the devastation of war and illness, their efforts to bring about a transformation in the outer world took on extraordinary intensity in the early 1920s. It led to the approaching completion of the Goetheanum, this seed point at the heart of this community of striving individuals, as the snowflake needs the fleck of dust around which to elaborate its remarkable form. But, the realization of a form for this community would have to wait. Darkness, shadows, illusion worked to bar the inauguration of a body for this ‘community of striving’.

One hundred years later, the intensity of what was experienced lives all about us. Now, we too have lived through years of devastation that would hollow out human souls. It continues. We, too, are in the midst of a pathogen’s invasion, reaching into the most remote of human settlements. At the same time we recognize, we share, this longing to cultivate light in this darkness. So we too, face intense challenges that would confuse us, would block us.

As the small band of those seeking to kindle the light gathered 100 years ago, having their strength in each other, so we too have our strength in one another. What has brought us here, what calls us, is our recognition of each other. We know that when we seek each other, what we are seeking is the elaboration of the truth of what Rudolf Steiner has given humanity. We cannot separate the forming of our lives from this mysterious connection we have to what he has brought to us, to what we share.

The separation from each other we have experienced through the past year affects us deeply. It has both interfered with and brought about a metamorphosis in how we realize this impulse to ‘be with one another’. This is our strength.

Recognizing this, celebrating this, reaffirming this, is what stands before us. We can sense the closeness of what the Christmas Conference of 1923/24 set into the world. Its power envelops us. It informs all that we do. For what is real is this community. This living, vibrant community is who we are, what we would carry into the coming century. Yet, this community can only realize itself out of who each of us is, what each of us brings, out of who you are, from who I am.