Meeting One Another by Trudy Andersen, Surrey, BC

23 May  Meeting One Another by Trudy Andersen, Surrey, BC

Posted at 11:43h in Meeting One Another, News by Jef Saunders 0 Comments
0 Likes

In the March eNews, I was delighted and inspired by the contribution about Carol Lewis from London, ON.  As a 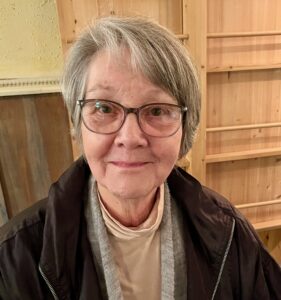 It represented a life changing experience in my own life and our family. Back then a friend had put her son into the same public school as our daughter, Caroline. We both became disenchanted with the public system and this was only kindergarten! My friend told me about meetings that she had been attending with a Waldorf School interest group that was taking place at Carol and Merwin’s house.

Growing up in Germany in the Black Forest close to the Swiss boarder, I had heard about Waldorf Schools and this strange building in Dornach Switzerland called the Goetheanum but I never investigated any of it.

Being very restless as a teenager and growing up in a very small town, I left home at the age of 18 to join my sister who had immigrated with her husband to London, ON. My intention, at the time, was just to stay for a year to learn English and then go back to Germany. But as luck would have it, I met my future husband Erik and stayed on and got married. By the time I met Carol we had two daughters and our youngest was a potential Grade 1 student.

Meeting Carol was my first introduction to Anthroposophy and Anthroposophists. I started to go to meetings and, by early spring, there were two teachers on the horizon, one for kindergarten and for Grade 1 in the London School.

The Grade 1 teacher, a Canadian and former High School music teacher, was finishing his training at Emerson and was planning to come back to Canada. To inform myself more about Waldorf Education, I took a trip to Toronto to an open house at the well-established Toronto Waldorf School. I sat in on a demonstration of the Grade 1 curriculum with Helmut Krause. After that I was convinced and the decision was made.

We also met the Grade 1 teacher who meanwhile had arrived from England. It was a busy summer ahead with meeting other perspective parents and, by the time September came along, there were 6 students enrolled for Grade 1.

A building had been found thanks to Carol and Merwin’s determination to make it all happen. We started out in this most idyllic two story farmhouse with a sizeable property around it which had belonged formerly to a Church of the Latter Day Saints.

The first year took me on a path of discovery — involvements with study groups about Waldorf Education and reading books by Alan Howard. So many new and life giving experiences — preparing for Festivals, the Advent Garden, the first Christmas Bazaar; it was magical!

I was fortunate enough to be a stay-at-home mom. I could be involved in the parent group by opening our home for workshops creating Waldorf toys and visits from leading members of the Toronto Waldorf School, who gave us much-needed advice. We also hosted meetings dealing with finances, fundraising and membership in the parent association, etc.

After Caroline graduated we moved to New Hampshire where she attended High Mowing School for 4 years .Erik and I joined the Lukas Foundation, a Camphill community. From there we went to a Camphill in Germany in Lautenbach where I took part in a Seminar for Social Therapy.

Then we returned back to Canada and pursued a more independent life.

As I look back, our life was never the same after joining the London Waldorf School initiative. Our experiences with it took us on a path I could never have imagined before and it was all good.

And it all began in the living room of Carol and Merwin’s house! To them both I am forever grateful.