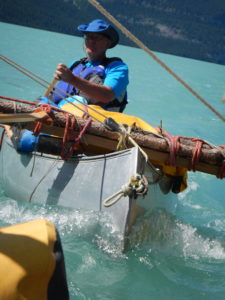 What is Branch life and how is it distinct from a public study group and from the School of Spiritual Science? As members of the Anthroposophical Society we have made two decisions. We have found that the initiative of the esoteric Executive Council in Dornach is justified and that we want to financially support that initiative. These are the conditions of membership in the Society. As members of the Society we have not made the decision to be a representative of anthroposophy that is required when membership in the School is sought. From member of humanity to member of the Society to member of the School we have three distinct social forms.

As a member of humanity there are no expectations to study or not to study anthroposophy. Each is entirely free to follow their own inclinations. As a member of the School the first lesson of the First class gives this expectation, ‘What will engage us first and foremost in this School will naturally be the receiving of what can be given from the spirit. But the members of the School – they above all – will also be required to go with us along the arduous path that will be necessary in view of all the hindrances and undermining forces that are there.’ In between these two memberships is the membership in the Society where we find this esoteric commitment and initiative justified and we want to support it financially, but aren’t yet prepared to join it. What can members of the Society do to meet together on the basis of their social commitment?

As a founding member of the Great Lakes Branch of the Anthroposophical Society in America I helped create and participated in a number of forms that sought to find meaning in meeting together as members of the Society distinct from meeting as members of humanity and as members of the School. Shortly after moving to Edmonton the question was brought to a group of members, do we want to be a Branch? So far we haven’t arrived at a positive answer to that question. Instead we have arrived at having members only meetings approximately 6 times a year that have a unique form.

In becoming members of the Society we each began studying Steiner’s vast literature. Then as one gradually comes to the decision that this esoteric initiative is justified and needs support, one is also making the study of this literature part of one’s common routine. This literature is filled with living thoughts.

With the advent of anthroposophy in evolution it has become possible for living thoughts to die into the brain and their logic and observations to then be recorded in printed books. As the reader picks up these thoughts and rethinks them with their personal intelligence, with the guidance of anthroposophy, these bits of recorded logic and observation can be reunited also with the life forces from which they were created. This manifests in the experience that one is reading along through Steiner’s words feeling a warmth and interest in what they say, but mostly experiencing an opaqueness as to their real meaning, when momentarily, a sentence or paragraph will light up and one feels, wow, I get that. One sees the meaning. If one turns and tries to then tell a friend about what one saw the words are usually opaque again. The reason one saw the meaning is that for a moment one’s soul forces became free from sense bound consciousness and entered the world where the life forces come from. As one tries to share that with a friend, one’s soul forces are then again bound to the sense world.

We have created a conversation structure that focuses on these lighting up experiences that are the first harbingers of spiritual experience. When we are each doing our personal reading, we make notes of the paragraphs in which these experiences occur. Then at our meeting time we each select one of our light filled paragraphs to share. We have two rounds of sharing without any conversation. In the first round we each read the passage we have selected without comments. In the second round we each in turn comment about what it is that lit up for us in our paragraph without commenting about anyone else’s. After these two rounds of preparation, we then enter into conversation with comments, questions, responses, and new insights from what was shared.

So far, after several years of these meetings, it has happened every time that all of our lit-up blossoms plucked from their living origin in different sources have made a joyous bouquet of new thoughts that entwine and support each other. We experience that what is living in me is also living in the group. The healthy social life where the community finds its reflection in each soul and in the community the virtue of each one is living, manifests as living reality.

Having these meetings and experience has in turn given new consciousness to reading. As I read along watching for when meaning lights up, instead of underlining, I copy it out to another document. (I mostly read on screen but those who don’t mark and make a list of their source). Watching for when these blossoms occur, so that they can be shared in the community life, gives a new level of intention, attention, and concentration to bring to the reading. As I review these blossoms, to pick which one to share at the next meeting, there is another step of re-enlivening and emphasis that occurs. Two members have shared how this community life has led them to increase their study time to periods of doing a lecture a day.

In contrast to dead thoughts that have only the forces of logic and observation in them, living thoughts lift our perceptions up out of the gravity of the body and sense world toward the source of the life forces. They still have logic and observational content and therefore are not belief or faith, but are no longer limited by the sense organs of the body.