From the World Society – On Evolving Leadership

15 Jun From the World Society – On Evolving Leadership 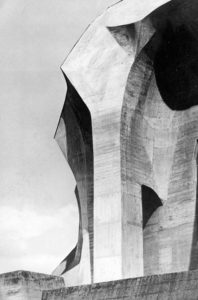 Over the past year a group of 20 to 25 young people living in Dornach have taken up an extensive study of the Christmas Conference. For almost all of them the 2018 General Assembly was their first as new members. For them, as for many of us around the world, the events at that General Assembly were difficult to understand or integrate into our experience of the significance of anthroposophy in our lives. It was out of this struggle to understand that these young people took up this study. During a recent meeting of General Secretaries these young members asked to meet with us as those carrying a unique relationship between the members around the world and the centre of this work at the Goetheanum.

Early in the evening we gathered in the large conference room immediately below the space where the Representative of Humanity stands. The delicate blue light of dusk filled the room as we formed a large circle – General Secretaries from around the world and this group of young members based at the centre of this world Society.

There were several questions that had occupied them, that they wanted to share with us. The first, and perhaps most significant, had to do with leadership, asking “What is esoteric leadership?” This question had an immediate effect and has continued to work. Like a quickened seed, it brings an enlivening perspective, an attentive lens, with which to consider the significance of leadership in our current situation.

Turning to the Christmas Conference, a shift in mood is apparent when Rudolf Steiner introduces a new Statute not previously included in the proceedings, that establishing the new Society’s leadership – the ‘Vorstand’. As we consider this point in the Christmas Conference certain elements come to the foreground. The most striking is that he proposes this leadership organ as a group, not as a set of individuals. He also changes how he asks the members to consider this leadership group. He requests affirmation of the group as a whole. He is also clear that with this specific Statute discussion was not appropriate, and a vote was not to occur. He asks for an affirmation of a circle. Also significant is that this circle is to be ‘recognized’ by the members, not elected by them.

As we allow the mood of this to live in us, we can sense that we are at a frontier in our souls. This inner threshold in some way has to do with our personal relationship to anthroposophy. Although we, as members of this Society, are being asked to respond to an event in the world, we are simultaneously turned toward ourselves. If we try to describe this ‘addressing of ourselves’, we might characterize it as being willing to step beyond our individual perspectives – to recognize at a deep level that this ‘group’ bears within itself more than what each individual brings. As members we are asked whether we can recognize this deeper significance of ‘group’.

This stands against the background of the other Statutes that describe the ways-of-working appropriate for this new Society – the Members’ Group. Here too something is indicated but remains concealed. These circles of members consist of those who recognize each other. Their existence as an organ of the Society rests on this mutual recognition. Adding to this is the basis for this mutual recognition, either geographically or by a shared interest. Both point to the hidden processes that bring individuals together, destiny and karma. From this perspective it becomes clear why Rudolf Steiner gave the Karma lectures soon after the Christmas Conference. He points to the greater reality working through the destiny of members that guides them to the groups where karma can be harmonized. In this sense the hidden reality, the esoteric reality, of these groups works from beyond the sense perceptible. It comes out of our karmic links that are continuously renewed through our study and work together, in sleep, and in our shared meditative life. From this perspective all groups that recognize this occult foundation for their existence have the possibility of working and being inspired from beyond our accustomed sense perceptible paradigm.

Over the past year a picture has gradually arisen of the efforts made by the Geotheanum Leadership and the Executive Council to seek circles of colleagues who they can ‘recognize’. This quest to be sensitive to the working of destiny in how these evolving circles of leadership arise takes time, patience, and a delicate perception of what is not always outwardly apparent.

With our own recent AGM in Montréal, an important step was taken out of a complementary impulse. Over the past year the Canadian Council has been carrying the question of how to proceed once Dorothy LeBaron, who has so wonderfully carried the tasks of president, was to complete her seven year term. For the past year the Council carried this as an open question. Two impulses arose out of this process. First was to turn to our youngest council-member, Micah Edelstein, asking him to take up this task. The second is a commitment by the Council to re-imagine how leadership can evolve based on a set of questions Micah has developed out of considering our request. He asks that we truly consider the deeper meaning of asking an individual to take on the role of ‘officers’ of the Society. Can we imagine a way of working that would strengthen the development of circles of colleagues around each council-member that form recognizing the working of destiny and karma? This is a significant request, and one to which the Council has committed itself. This impulse was  introduced during the AGM and was warmly supported by the members there.

Though the Council takes this on itself, our hope is that more and more wherever we work together out of this impulse of anthroposophy, wherever our groups come into being, that we more consciously place at the centre of our work the transformative impulses we bring and we share from before birth. We can ask, do we all become “esoteric leaders” for each other when we are able to meet in this mood?