Posted at 16:41h in Obituary by Jef Saunders 0 Comments
1 Like 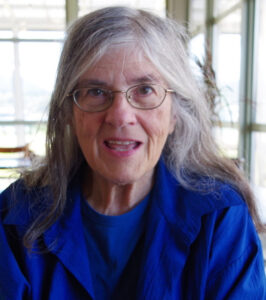 In the end, Edna returned to her beloved city of Victoria. The place of her birth, it was also the place where as a young person, she spent many happy hours with her maternal grandmother.

It was the site of her first apartment on Rockland Av. where she lived with her sister Gail, the place where she attended the University of Victoria, and the city where she met her husband David. Whenever visiting Victoria, she delighted into dipping into the Papery, Russel Books, settling into a booth at Paul’s Motor Inn for a light meal and attending concerts such as the Pacific Baroque Festival, the opera, and the symphony.

Upon graduation from university, she and David moved to Kelowna, he to find work as a high-school English teacher and she to eventually become a key founder of the Kelowna Waldorf School. Edna felt that Rudolf Steiner’s approach to education would offer her children the best foundation.

Steiner’s philosophy of Anthroposophy deeply rooted in the mystical tradition and a scientific exploration of the spiritual world, provides that one should receive children in reverence, educate them in love, and send them forth in freedom. One of Edna’s greatest gifts was her ability to receive everyone in this spirit, in any walk of life, and at any age.

In addition to being a Waldorf kindergarten teacher for many years, Edna deeply embraced Anthroposophy and practised this in her everyday life. In Kelowna she also taught Sunday School at the United Church and Anglican Church, something she continued upon retiring to Port Alberni in the blended Trinity Anglican and Lutheran community where she was also a member of the prayer circle. Last month she received posthumously the Order of the Diocese of British Columbia for extraordinary voluntary commitment and service to the diocese and the Anglican Church of Canada.

Edna was a woman of principle. As her brother Ross said of her “She left the world with a clear conscience.” Gentle of word and heart, Edna spoke  with a depth of wisdom and understanding to which most of us might only aspire.

Deeply committed to social justice, Edna devoted her time in retirement to such causes as the Port Alberni Food Securilty Network and Vancouver Island Food hubs, Transition Towns, Pago Grannies, the Fall Fair, the Salmon Festival and the Port Alberni Maritime Heritage Society and much more.

Unhindered by enmity, self-promotion, or material attachment Edna took delight in a bird’s song, a fresh covering of snow, a naughty limerick or a Mozart opera.

Edna is remembered with the greatest love by so many and in particular by her husband of 52 years, David; her eldest son Ian and his husband Leo; her younger son Alexander, his partner Genevieve, and their daughter Evangeline; her brother Ross, his partner Pamela, and their children Simon(Kristal) Marty(Taylor)  Sophia(Justin), and Lucy(John); her sister Gail(Bob).

One of Edna’s beloved writers Goethe said “May my soul bloom in love for all existence.” Most certainly Edna’s eternal being did so during her time in this existence and will continue into the next.